Warframe is known for its fast-paced gameplay, fair business model, and a myriad of mechanics that would make any player’s head spin. Railjack was a prime example of this when it was first released.

RELATED: Everything You Need To Know About Warframe In 2021

While Digital Extremes have streamlined Railjack over the past few years, some of its mechanics are still rather complicated. The best example of this was the Intrinsics system, a sort of permanent progression system for your Railjack. It might look intimidating on the surface, but Intrinsics are far easier to understand once you understand how they work. For those looking to get the most out of Railjack, here’s how you can get the most out of Warframe’s Intrinsics system.

Intrinsics are unique passives that enhance your effectiveness in Railjack missions. These passives range from increasing your Archwing stats during a mission to enabling the use of Necramechs in any Railjack mission. Needless to say, they have a dramatic effect on your playstyle. Intrinsic are tied to your account, meaning you will benefit from these passives regardless of what Warframe, Railjack configuration, or lobby you are currently in.

There are five Intrinsic trees you can invest in:

There is no limit to which Intrinsics you can invest into. Each Intrinsic has ten ranks—Command currently has nine, but this is temporary. Before we talk about what each Intrinsic type does, let’s first go over how to level your Intrinsics.

How To Level Intrinsics

All Intrinsics are found in any Railjack customization menu. The two most convenient ways to access this menu are the Dry Dock and your Orbiter’s Plexus terminal (located to the right of the Syndicate terminal).

To rank up an Intrinsic, you must first have Intrinsic Points. These are acquired by earning Affinity—Warframe’s term for XP—during Railjack missions. The more Affinity you earn, the more Intrinsic Points you’ll receive. One Intrinsic Point is earned after you earn around 1,000 Affinity. As with most Affinity farms, Affinity Boosters will enhance your Intrinsic gains.

As you can see, obtaining the last three ranks requires significantly more Intrinsic Points than the first seven. Unless you’re heavily specializing in a certain Intrinsic, it’s recommended that you don’t allocate the final rank in a given Intrinsic until the rest of your Intrinsics are rank nine. If you’re new to Railjack, try to reach rank four in all of your Intrinsic types except Gunnery; rank two in Gunnery is all you’ll need unless you want to use the Archwing Slingshot. In that case, reach rank four Gunnery.

Let’s go over what each Intrinsic grants. We’ll cover Intrinsic farming tips in the final section of the guide.

The Tactical Intrinsic tree is focused on increasing the effectiveness of Tactical Mods, Battle Mods, and providing some excellent quality of life improvements. Every player will want to reach at least rank four with this Intrinsic.

Here’s what Tactical Intrinsics give you with each rank:

Recall Warp, the rank four upgrade, is by far the best part of this Intrinsic type. The Omni kit can teleport you from anywhere, not just while you’re on the Railjack. This is an amazing quality of life improvement that makes soloing Railjack missions much more viable. It also lets you return to your Railjack in an instant if a critical malfunction occurs. Deploy Necramech is also a great upgrade due to how powerful Necramechs are currently. Join Warp isn’t worth the Intrinsic Point cost, so get that one once you’ve grabbed Piloting and Engineering’s rank ten upgrades.

Virtually every player will want to invest in the Piloting Intrinsic. This archetype focuses on making your Railjack and Archwings more maneuverable. Your Archwing becomes faster while your Railjack unlocks additional movement options.

The Piloting Intrinsics grant the following at each rank:

Unlocking the first four ranks of this Intrinsic is downright mandatory for players that want to fly their Railjack at all. The ability to boost, drift, and dodge in your Railjack makes it feel much closer to an Archwing than a sluggish spacecraft. Even after rank four, Tactical still has some fantastic Intrinsics to grab—Aeronaut and Railjack Blink being the most notable. When your other Intrinsics are reasonably ranked, consider ranking Tactical to rank ten first; Railjack Blink is a fantastic upgrade.

Gunnery is arguably the worst Intrinsic type in Warframe. It allows for the use of 360-degree turrets and the Archwing Slingshot, which is more of a novelty than a desired tool in most situations. The passive bonuses to heat recovery time and damage are fantastic, although these are unlocked so late in the tree that you’re better off investing in other Intrinsic types first. Grab the first Intrinsic, then focus on upgrading the rest of your Intrinsics to rank four.

Gunnery grants the following passives at each rank:

Yes, the final upgrade for Gunnery has a negative tied to it. Flush Heat Sinks can counteract the overheat increase, but the fact there’s a caveat to Reflex Aim makes this easily the worst rank ten upgrade in the Intrinsic system. Target Sync is a must and should be obtained immediately. The rest of the upgrades range from mediocre to solid. Due to the game-changing additions the other Intrinsics provide, it’s safe to invest a single point in Gunnery before ignoring it. Invest in this after your other Intrinics are in a place you’re comfortable with.

Engineering is focused on keeping the Railjack well maintained and operational under severe stress. You’ll be able to repair hazards faster, forge items faster, and bolster the defensive capabilities of your Archwing and Necramech. While not the flashiest Intrinsic, Engineering is a must for every team. At least one person in your squad should have points in this tree.

Dome Charge Forge is a great upgrade to shoot for when starting out. This will let you craft nearly everything tied to your Railjack. Optimized Forge is also a useful Instrinic, allowing you to craft Health Restores for your Railjack that you can use anywhere. Anastasis is also a fantastic upgrade if you don’t have any Engineers in your crew. Get this rank ten upgrade first or second, depending on what your team looks like.

Command is the newest Intrinsic type in Warframe, allowing you to replace a real player with a trained NPC. These NPCs are specialized at certain tasks, ranging from repairing the ship to piloting your Railjack. Managing NPCs has its own unique system we’ll cover in a minute. First, let’s go over what this Intrinsic type does.

As of writing this, Command only has nine available ranks. Here is what each Intrinsic provides:

It’s important to note that Crew members are only active when there are open slots in your squad. For example, if you are in a squad of two and have three Crew members, only two Crew members will appear.

Solo players will want to reach rank five whenever possible to have a full Railjack squad in their missions. Let’s go over how these NPCs work.

All Crew NPCs come with five randomized stats that determine how well they perform under certain conditions. Those stats are:

Each stat has five tiers of effectiveness. If a Crew member has a stat at rank five, they’re exceptional at it and should be assigned to that specific role.

Once you have a Crew member, head to any Dry Dock to customize your Crew. In the Railjack customization menu, there will be a tab that is dedicated to Crew members. From here, you can select the Crew members you wish to run with, give them any weapon from your Arsenal (this carries over your Mods on that weapon as well), and assign them the role of Defender, Pilot, Gunner, or Engineer.

To upgrade a Crew member’s stats, you must have obtained a Competency Gain Intrinsic from the Command tree. Once you obtain one, head to the Crew member menu, select a specific Crew member, then enter the «Train» menu. From here, you can allocate points to any of their five stats. A given stat cannot exceed a rank of five. With the Competency Retraining Intrinsic, you can respec these points at will.

How To Farm Intrinsics

Intrinsic farming can be a tedious process, but a few specific grinds do exist. We’ll only be recommending one strategy for this guide, as most alternatives are either time-consuming or frustrating to pull off without practice.

Firstly, Intrinsic Points ultimately come from Affinity earned, so you’ll want to run as many Affinity-boosting items as possible. Affinity Boosters, Smeeta Kavat’s Charm buff, and Naramon’s Affinity Spike passive all grant bonus Affinity. Stealth multipliers also grant an additional 500% Affinity, but these stealth farms are so time-consuming and monotonous that we don’t recommend doing them. If you aren’t interested in doing any specific farms, run as many Affinity-boosting effects as possible while you’re playing Railjack.

If you can’t stand stealth gameplay, you’ll want to farm Intrinsics at any node that has the «Skirmish» game type without any side objectives. High-level nodes, such as in the Veil Proxima, work best. The best spot was originally Gian Point in the Veil Proxima, but this was sadly removed in Update 29.10.

As for the general strategy, bring Tether as a Battle Mod, then tether all of the fighters that head your way. A few rounds from your Railjack should tear them to shreds, giving you tons of Affinity. Kill every enemy in the area, repeat the mission, rinse and repeat. You’ll want an upgraded Railjack for this strategy, especially if you’re a solo player.

Next: Warframe: A Complete Guide To Railjack 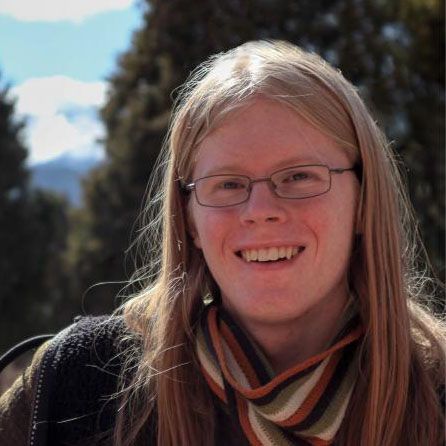 Charles Burgar is an expert on all things tech and gaming. Graduating from Pikes Peak Community College in 2018 with an Associate of Science, Charles has spent his time dissecting popular video games, movies, and technology. With an understanding of games for as long as he can remember, Charles has a large interest in understanding what makes things fun. He is currently a Freelance writer for TheGamer and Game Rant.