Each Dota 2 hero is unique in its own way, and Slark is no exception; thus, winning a game requires matchup knowledge and experience, which this article will share.

Slark’s abilities, on the other hand, made him more interesting than other carry heroes. You may well ask why? The entire purpose of Slark’s creation is to hunt down opponent heroes and engage in fights, which is pretty cool!

In short, unlike the majority of Dota 2 heroes, Slark is self-centered, which means that none of his abilities benefit his teammates. This hero plays the game for himself, and even the items he purchases serve no purpose other than to enable him. The issue with these types of heroes is that it’s difficult to do your job if the game is going poorly for them. As a result, having matchup knowledge is critical for determining when to pick Slark. Even if you’ve picked Slark into an unfavorable matchup, you must understand how to win the game.

Itemization will help you in completing this checklist. We will discuss it in the itemization section.

To begin, we’ll first take a brief look at Slark’s abilities. In order to play a hero effectively, it’s necessary to understand how they work.

The skill builds shown below have always been popular due to the fact that when Dark Pact is maxed out, you can deal more damage during the laning phase. The other reason is that you can farm quickly.

In patch 7.28C, the talents highlighted in yellow were found to be the most effective for Slark. +9 Strength makes him survivable early game, +1s Pounce Leash makes him stay more on top of the enemy, and +65s Essence Shift Duration keeps you strong for a long time.

You cannot claim that a hero is strong in every matchup in Dota 2, and Slark has flaws as well. As a result, you should be aware of which matchups are more advantageous than others. Which heroes have an advantage over you? What are the best items for the current matchup you’re facing?

Dark Pact is Slark’s primary survivability tool, which means that if a hero goes around Dark Pact, he is usually up against one of his worst matchups. This section discusses several heroes who possess these types of abilities.

Other abilities that are not dispellable but do not pose a threat to Slark are omitted.

Slark’s dream game is against heroes like Jakiro Vengeful Spirit Sven; this animation projectile stuns where you see them use the stun, and then you push Dark Pact in response.

Heroes similar to Underlord, Tidehunter, and Bristleback in Offlane, Arc Warden and Drow Ranger in Safelane, Storm, and Templar in Midlane are Slark’s favorites.

Slark loves heroes that buff him up, like Ogre bloodlust or even Grimstrock with Ink Swell, which helps him run into fights.

This hero Also likes Core Mobile heroes, like Puck or Queen of Pain, to follow him for pick-offs.

Slark’s Essence Shift is the main reason this hero is strong. You can easily win a team fight with a few Essence shift stacks, but without stacks, you are weak. Hitting the enemy occasionally to build up stacks and then initiating the fight is the proper strategy.

Slark enjoys extended fights in which he engages and disengages with few hits. Each Essence Shift Stack increases your agility by one; in other words, your attack speed, damage, and armor are increased. Consider having a +20 agility boost during a fight! That’s why Slark is known as a snowballing hero.

Another reason Slark enjoys long fights is that his ultimate allows him to regenerate a large amount of health if the enemy does not have a vision of him.

Tip One: After engaging in a fight and accumulating a sufficient number of Essence Shift stacks, you can disengage to heal. Hiding behind the trees is an excellent strategy to get your health back.

In general, Slark strategy is to avoid fully committing to fights.

Tip Two: As previously stated, Slark’s Shadow Dance ultimate grants him health regeneration and increased movement speed when the enemy lacks the vision of him, allowing you to locate Observer wards. It is preferable to keep a sentry with you at all times to de-ward.

Always keep in mind that Slark is designed for hunting lone heroes. When Slark solely farms, he does not scale well enough to compete with other Carry heroes. He scales up with Essence Shift stacks.

After purchasing your first big item, such as Diffusal Blade or Shadow Blade, try to gank opponents for a few minutes. After that, farm for a minute or so and then try to gank enemies again. You should not solely fight or farm. Try to find a balance by playing a lot of Slark.

Slark Itemization And How to Approach Different Stages Of The Game

Carry players’ item choices heavily influence the game outcome; thus, your understanding of the matchup you’re up against should decide which item build is correct. There are several popular Slark items builds on patch 7.28C right now. We’ll go over them and guide you on when to purchase them.

There aren’t many starting items available. Typically, all that is required is a sufficient amount of Regen, such as two sets of Tango or one set of Tango with a Healing Salve. Don’t forget to purchase Quelling Blade for melee heroes, as it will enable you to secure the last hits. Additionally, buy one Slippers Of Agility and two Iron branches.

Tip: If you’re against heroes that continuously spam spells, like Bristleback, consider buying Magic Stick instead of Slippers Of Agility and one set of Tango or Healing Salve.

Laning Phase item selection is heavily reliant on matchup knowledge. If you make the correct choices, you can positively affect the outcome of the match. Taking control of your lane improves your chances of stomping the game.

In general, three scenarios occur during this stage. One is that you have a more advantageous matchup, the second is that you and your opponent both pose an equal threat, and the third is that you are weaker than the enemy.

If you’re aiming for the late game and your opponent avoiding fights, you can purchase Hand Of Midas as your first item in the first scenario where you have a superior matchup. However, keep in mind that this item is considered extremely greedy.

For a safer play, You can complete one Wraith Band and then purchase an Orb Of Corrosion, Power Treads, and a Magic Wand. These items will enable you to increase your threat level against the opponents significantly.

Bonus Tip: If other lanes aren’t going as planned, you can Teleport to other lanes to kill enemies. With this playstyle, you’ll be stacking up permanent Essence Shifts too. Bear in mind that this is not possible with Hand Of Midas.

In the second scenario, the item build is similar to that of the first (except Hand Of Midas). The difference is that to maintain threat and trade efficiently, you should purchase stat-granting items such as Wraith Bands to continue stacking temporary Essence Shift stacks.

Slark struggles against difficult matchups due to the nature of his abilities, which is why he is considered a situational pick. When you are unable to trade efficiently and the enemy bullies you out of your lane, farming jungle camps with abilities centered on killing and hunting opponents becomes difficult.

To survive the laning phase, you’ll need to invest in Regen items such as Tango and Salve until you hit level six. Consider purchasing Infused Raindrops, a Magic Wand, and Boots Of Speed to increase your survivability.

While laning, try to envision how the game and fights will go on. If you have sufficient experience in Dota 2 and have played for an extended period, you have already mastered the ability to envision games. If you’re new, watch game replays to advance to this level quickly.

Your item choice should be based on the matchup. For example, if you’re facing disabler heroes, you should consider purchasing Sange And Yasha and BKB. Sange and Yasha grant Status Resistance, allowing disabling spells to last less time.

Additionally, it adds valuable stats such as Agility and Strength to Slark, transforming him into a tanky hero with a high attack speed.

Consider buying Eco Sabre if the enemy heroes lack disabling abilities. Keep in mind that in patch 7.28C Sange And Yasha known as one of the most valuable items; therefore, never hesitate to buy this item for Slark in any situation.

In Mid-Game, your objective is to scout the map for heroes, particularly supports, and eliminate them. Purchasing Shadow Blade during the laning phase can assist you in achieving this goal. Mid-game, you should identify what stops you from doing your job and then think about an item to solve it.

Slark’s primary items include the Eye of Skadi and the Abyssal Blade. In this section, we will recommend a few situation-specific items. Purchases of situational items are made when something prevents you from doing your job. Recognizing the correct item is critical for victory in games.

While you’re doing your Mid-Game duties, including running around the map to gank heroes, You must have an eye toward enemy inventories to find out what they are purchasing to shut you down, and then you should figure out which item is the right choice to deal prevent it.

Next: Dota 2 Is The Most Profitable Game In Chinese Esports, But More Are Playing Overwatch 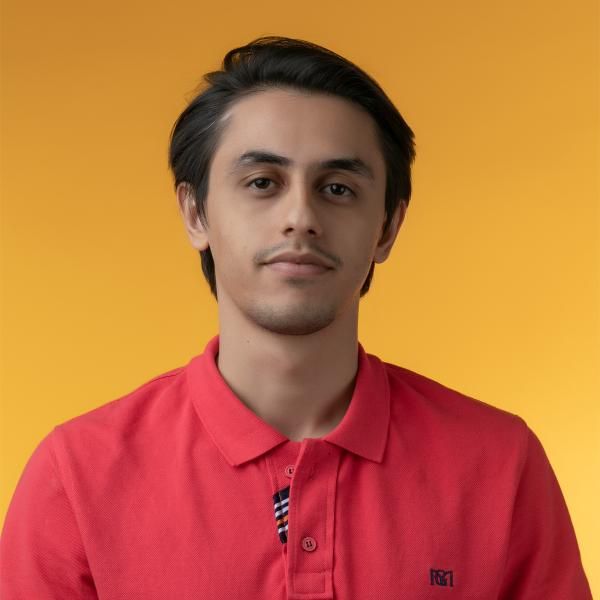 Farhad used to play any game before meeting Dota in 2005. Following the release of Dota 2 in 2013, he discovered that he also enjoys writing. After more than six years of reviewing technology products and Playing Dota 2, he has decided to share his knowledge of this game.

The Best Weapons In Fallout 4 (And Where To Find Them)